The world is passing away, and also its lusts; but the one who does the will of God lives forever. 1 John 2:17

It’s everywhere. Images of men and women who look other-worldly.  That’s because they are. 99 percent of the images you see on magazines are photoshopped and the lives of the people on television and in the movies are micro-managed to be the best they can be. It’s deceiving. It’s enticing.  It’s dangerous.

Technology has now taken what used to be a threat only outside of our homes right into the heart of our marriages. Our sanctuary. A place that should be filled with love, hope and a future. Instead, now it is filled with instantaneous pleasure. A place where the enemy can strike before you have even left the door. In fact, you can be tempted before you even leave your bed now that we have smartphones and tablets. With one text, one comment, one tweet, you can give into lust and lead your marriage to ruin.  It’s not just a game. It’s not just joking around. It’s serious.

You or your spouse may have tons of reasons why you think it’s ok to engage in this kind of activity. Whatever your reasons, it is NOT ok. There is no such thing as harmless flirting for a person who has pledged their love in front of God and family. “Harmless” flirting can lead to destruction.  It invites in lustful thoughts and feelings, even when you didn’t realize you felt that way. There needs to be transparency in a marriage, full disclosure.  If you find yourself hiding texts, changing names on your phone, making calls or texting behind your spouse’s back, STOP.  Whatever attention you are receiving outside of your marriage cannot compare to what God has in store for you if you stand up for love. Even if your spouse is doing things to drive you crazy.  Even if your partner has shut down and shut you out.  Even if you barely talk to each other. There is no excuse that is acceptable to God.  He is not a God of rationalization. He is not a God of excuses. He is a God of love and this type of behavior is not an outward expression of love.  It is lust. Plain and simple. And if you have children, they are watching.  Watching your every move.  The will emulate what they see.  Don’t think they aren’t privy to what is going on or the feeling that is in the house.  They see and sense EVERYTHING.

Things that seem innocent at first, suddenly take a turn.  It happens so easily and so frequently these days.  Facebook itself has been at the root of many marriages ending in divorce. If you are in a vulnerable place, if things aren’t great at home, a smiling face and comments filled with compliments are a welcome change.  But what happens is that you read these comments, they get into your head (because Satan is a master at manipulation) and the next thing you know, what you thought you would never do, you do.  You comment back.  You text back.  Maybe it stops at texting and never goes any further, but it doesn’t have to. “When flattery leads to compromise, the end is always near. Be careful little lips what you say. For empty words and promises lead broken hearts astray.”   Even if it’s “only” texting, or worse “sexting”, you are sharing your life with someone else.  You have broken your vow.  God is not impressed.  Instead, He is disgusted.

He never intended for life to turn out this way.  That day in the Garden of Eden, there was no lust.  There was no pain.  No suffering.  But leave it to humans to mess up a beautiful thing that God has set in place.  We cannot even imagine the wonder and glory that we could have had on this earth because of one act.  Adam stood by while Eve was tempted and never said a word.  Eve took a bite of the apple.  One act.  She took what was in her head and put it in her hands.  And now, because of that, we suffer.  We have pain.  We have missed out on the beauty that God planned for us.  He knew it would happen.  He knows how tragic it was that day.  He knows that words are powerful.  Words have meaning.  Words can lead to destruction., if you give in.  If you are moved by how you feel at the moment without thought or consideration to the far-reaching consequences of your actions.  It grieves our Lord.

“The journey from your mind to your hands is shorter than you’re thinking.  Be careful if you think you stand.
You just might be sinking”

There is hope.  God is waiting for you to stake a stand.  Take a stand for Him, your marriage, your spouse, your family.  You need to stop what you are doing immediately.  Not when you get around to it.  Not when your spouse starts treating you better.  Now.

If you are the person on the other end of these actions, pray.  Pray for your marriage, your spouse, your family.  Without ceasing.  God can create something beautiful from ashes.  It doesn’t have to be the end of the road.  God is a God of infinite possibilities and He is waiting for you to take a stand for your marriage and your spouse.  You may be hurting.  You may be devastated, but if you pour your heart out and into our Lord, He can renew and restore what seems gone forever.

Today’s dare.
End it now.  Identify every object of lust in your life and remove it.  Single out every lie you’ve swallowed in pursuing forbidden pleasure and reject it.  Lust cannot be allowed to live in a back bedroom.  It must be killed and destroyed – today – and replaced with the sure promises of God and a heart filled with His perfect love.

At the end of the day, answer these questions:

1. What did you identify as an area of lust?2. What has this pursuit cost you over time?

3. How has it led you away from the person you want to be?4.  Write about your new commitment to seek Him-and to seek your spouse-rather than seeking after foolish desires?Congratulations! You have completed Day 24! Tomorrow’s dare is Love Forgives 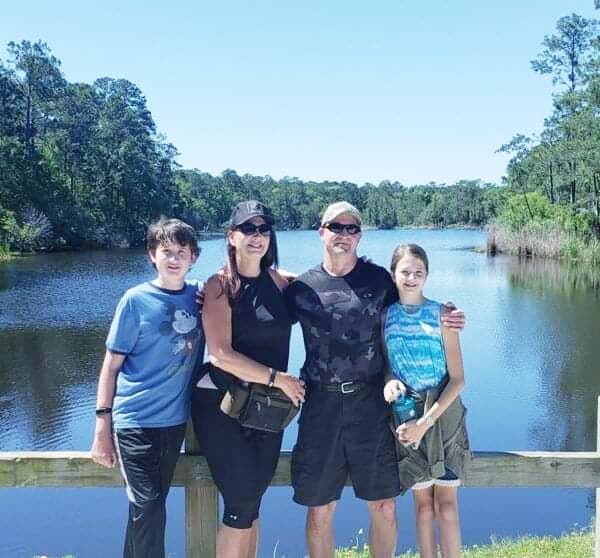 Welcome! My name is Jeanni and I love Jesus, my husband, and our two children. I love helping women succeed, whether it's through ministry, homeschooling, health, working from home, or simply being the best you can be! You will find a bit of everything here! Please make sure to join my new Facebook group!

What a fun day at Legoland Florida Resort's Brick

My own Master Builder is in totally in his element

You will not want to miss my latest review and giv

I mentioned that I was excited about something com

This is what happens in my house. Guess my daughte