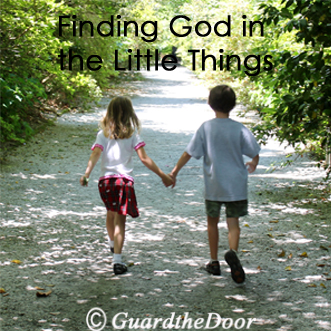 It never ceases to amaze me when I look back and see how far our family has come in such a short amount of time.  Back in 2012, I was struggling with the possibility of not having the money to send our children back to the private, Christian schools we loved so much.  Our son’s faith had blossomed and he was doing really well academically.  Our daughter had just finished her year in pre-school and was just starting to get into the groove of things when reality hit us.  There was no way that we could afford the tuition for both of them to be in school.  But it was so much more than that.  God had a plan, as He always does.  We just weren’t sure where that plan would lead, or why He was leading us in that direction.

We had always thought about homeschooling.  I am a former public school teacher and after going through some pretty rough times, I knew deep in my heart that public school was not the place for our kids.  My husband and I had casually mentioned it in the past, but we always said, “If that’s where God leads us, then we will worry about that when the time comes.”.  Well, the time came.  In August 2012.

Then the guilt came.

How could I be a good mother and pull my children, (notice the word my, even though it was a joint decision) out of schools they felt safe in, loved and had  friends.  The worst part was the guilt that we were pulling our son away from a solid faith-based education.  He was growing and maturing and now we were going to put a stop to it.  I agonized over it for weeks.  As a mother you want what is best for your children.  I kept thinking about our family verse~Jeremiah 29:11.  I couldn’t understand how God’s promise to not harm us with His plans could possibly be true when we were pulling our children away from what they knew and loved.

Then the doors began to open~like floodgates from heaven.

People I didn’t know began sharing their homeschooling journeys with me.  I was put in touch with women who were already doing it successfully.  All of a sudden it became very clear.  This was God’s plan for our family and we were to follow.  Whether we understood it or not.

As a former teacher, you would think I would have felt confident in my ability to teach our children, but I wasn’t.  I had been a middle school teacher and while I taught older students how to read and write, I never had to teach a younger child from the beginning.  Soon I realized that no matter how hard I tried, the only way I would be able to teach our children was by understanding that God had already equipped me with everything I needed.  Suddenly it wasn’t about curriculum.  It was about God and how He was going to be glorified through this amazing new adventure we had embarked on.

We jumped right in.  Honestly, at first it was a bit difficult.  Our son missed his friends and our little girl wasn’t sure of this whole thing.  She was however, very excited when she found out that she was actually going to be in kindergarten and not in the four’s program.  She was a whole year ahead to start off with!  It took awhile to get things going, but then we met some wonderful friends who homeschool and starting forming great friendships.  We all feel that we are doing what God has called us to do.  Some people don’t understand that and that is ok.  Some don’t understand why we homeschool and talk about lack of socialization, but what they don’t realize is that this decision was never a choice.  It was a command from our Lord and Creator.  It is something He has placed on our hearts.

A year and a few months later, I found myself co-administrator of a large homeschool group in our area and love being able to homeschool our children.  It is a privilege and I am blessed to have this time with them.  We all know how quickly time goes by and although it can sometimes be a struggle at this point with only one income, I wouldn’t have it any other way.  I am amazed at how much our children have learned and honestly, I don’t think for a minute it has anything to do with me.  It is all God.  It’s like their eyes and minds have been opened to the whole world and EVERYTHING is an opportunity to learn.  A simple car ride is no longer just a car ride.  It is a chance to be blessed by listening to our local Christian radio station and discussing what the song lyrics mean.  It’s a chance to look around and notice God’s beauty and also sometimes, notice the pain that people go through when we pass a burnt down house.  It’s having the opportunity to do lessons on the road, visiting a new town and experiencing everything it may have to offer.  It’s the little things like being able to rise and enjoy a sunrise simply because we aren’t in a mad rush to get to school or catch a bus.  It’s staying up late to watch God’s amazing shower of stars in the sky or just being able to spend extra time together.  It’s the moments that happen throughout the day, at no random time, when one or both of my children come up to me and say they love me for no other reason that to say it.  Little things that aren’t so little.

They’re not little things when we serve a big God.  See, God knew this.  He knew exactly what our family needed, when we needed it.  It didn’t come in the way we thought it would.  It didn’t come in a big windfall out of the sky.  It wasn’t the answer to my prayers because at the time, my prayer was for them to stay in school, if I am being truly honest.  It was the little things where we found God.

The phone call from a friend who mentioned homeschooling.  The sudden emergence of people on Facebook who “knew” someone who homeschooled.  Finding out the school our son was leaving actually offered homeschool classes.

It’s exactly where we are supposed to be.

Thought for the Day

Plans Not Working Out? 5 Simple Things to Do